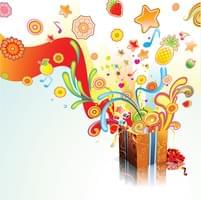 Born on June 18th, 1976 in Ada, Oklahoma, Blake is arguably one of the biggest stars in Country music.  His debut song “Austin” spent 5 weeks at #1 and his platinum selling debut album also featured the Hank classic “Ol Red”.  Since then, Blake has charted 40 hit songs, including an incredible 27 number ones.

These days you can still see Blake as a coach on “The Voice”, a show he’s been on since the beginning in 2011.

Happy Birthday to one of the legends of country, Blake Shelton!